Been a hot minute.

I can be one of those people who gets distracted and starts putting things off, and then the next thing you know it's been long enough, what's the point of going back?

Normal people in extraordinary circumstances can be a lot of things. Survivors in a zombie apocolypse, dungeon explorers. The characters in the first Alien movie fit the bill.

Let me know if this works for ya'll.
Posted by Black Pudding Brewhouse at 1:02 PM No comments:

Been a minute. Life gets busy and what not.

I've always liked Half-Orcs. I remember working with my dad out in the midwest painting barns when I was a kid and he first told us about what Dungeons & Dragons was. I'd played my share of Warcraft 1 and 2 by that point, so I knew what an Orc was, but the idea of one that was crossbred with a human caught my attention like hell. My first ever D&D character was a Half-Orc named Uganon, back in the 3.5 days, for the first couple of sessions while we got to know the game. Later I remade him for my older brother's campaign and fleshed him out a bit more. I've still got his mini floating around here somewhere . . .

Anways, I wanted to introduce Half-Orcs into LotFP for my group, so I knocked something together real quick. Nothing fancy, but here ya go:

I'm a bit less enamored with Half-Elves. Not a particulary big fan of Elves at all, if I'm being honest. But I like options, so I threw this together real quick.
Posted by Black Pudding Brewhouse at 8:17 AM No comments: 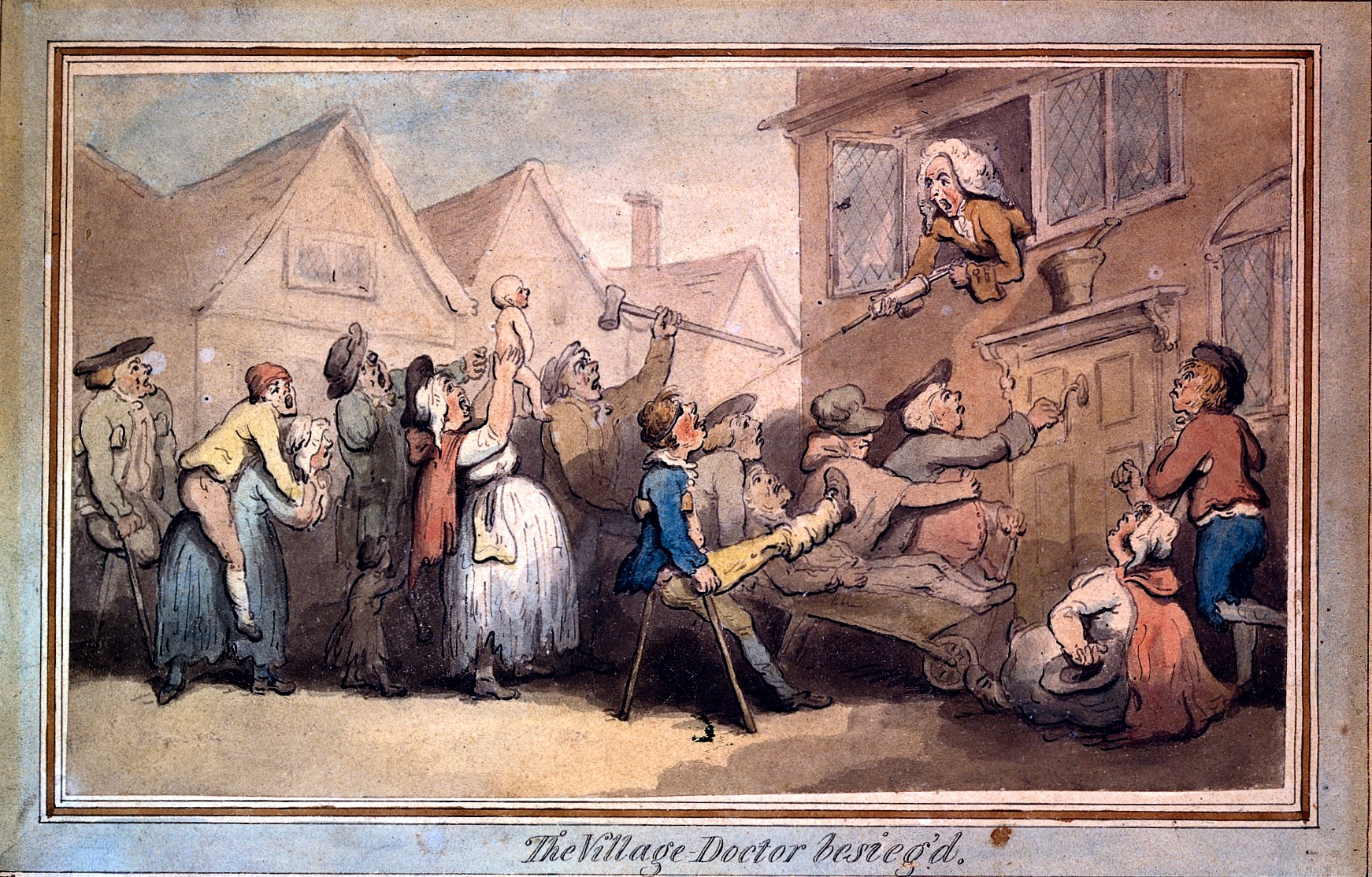 So I loved this Extras class for B/X and wanted to do my own take for LotFp. Fair warning, this thing is unplaytested and probably not too balanced. It was intended as a joke class, but I put too much energy into its creation not to post it.

Posted by Black Pudding Brewhouse at 8:38 PM No comments:

You are elite, German mercenaries in the 15th century! Fight or flirt deep behind enemy lines to mete out justice for gold and glory!


Posted by Black Pudding Brewhouse at 9:25 AM No comments:

Act Natural or We Die

The concept is exactly how it sounds. I liked it, so I made a game out of it.


Posted by Black Pudding Brewhouse at 7:55 PM No comments:

The Saddest Killbot, a micro rpg

Two posts in one day! Probably as active as I'm ever going to be here, but here you go.

Posted by Black Pudding Brewhouse at 5:29 PM No comments:

Kids on Bikes as OSR?

I collect RPG manuals like its going out of style (as if our particular nerd niche has ever been in style). Realistically, this is my hobby. Actually playing is more of a reaction, or a side effect. That's fine though; its still fun for me. I like learning new mechanics, I like looking at the art, I like reading the flavor. I like that flash of excitement I get when I day dream about actually getting a chance to run a new game.

So I've ended up with a lot more games and gaming material that I can ever really hope to use. Considering that, knowing I likely am never going to actually get to use what I pick up, I don't really consider a games usability when I do pick it up. Sounds silly, I know. It might be something outside my groups typical interests, but I like the actual craft of RPG creation, seeing what people put together, how they justify their mechanics and so on. So I guess I tend to also buy books that are outside of my own interests as well.

So that kind of sums up how I ended up with  a copy of Kids on Bikes sitting on my shelf for the better part of  a year.

Kids on Bikes is a narrative heavy system designed to run games in the veins of Stranger Things, IT, The Goonies, so forth and on. Great name, by the way. "Kids on Bikes" perfectly encapsulates, in my opinion, exactly the genre its going for.

As a niche game type within a niche hobby, it caught me by surprise to find a copy anywhere but the internet. Matter of fact, if I hadn't ran across a copy in the wild, I probably never would have picked it up. Yeah, collecting systems/playbooks may comprise the bulk of my interaction with the hobby, but I'm also a family man and have to be at least a tab bit responsible for my purchases. But there its was on the shelf, so what can you do? No shipping costs, at least.

I meant to tear into it immediately, its not a long book. In fact, when I finally sat down to read it, it took one sitting. Life got in the way though. I picked it up right around the time of the latter stages of my wife's pregnancy, and I took a step back from running games in preparation for the birth of my son. No way I could even run bi-weekly after he was born, and I drifted out of the world of table top role playing games, didn't resume for about six months after we welcomed him into the world. After I picked back up with my group again, it was only episodic one shots using mostly LotFP, and a game of Maze Rats

Only recently did I decide to jump head first into my back log, and KoB was the lightest book in my collection. I figured it was as good a place to start as any.

I pretty much fell in love. But not for the reasons you'd think.

The interest I have in running a KoB game within its implied genre is next to none. The Goonies is a classic, of course, but I haven't seen enough of Stranger Things to form a valid opinion of it, and I don't really have any desire to. IT was a great book, and the older mini series had its ups and downs, but I didn't care for the first part of the newer film at all. So I didn't fall in love because I had any interests in doing with the system what it was intended to be used for, but because I could clearly envision the rules supporting play in the typical worlds my group and I visit.

I'm not getting into exactly what makes a game OSR. A few people I've seen floating around the internet insist that a game isn't OSR unless its derived from the earlier editions of Dungeons and Dragons. That's fine. Look at it how you want. But the term Old School to me embodies more than just a specific game type, but rather a mentality that can be applied to any sort of different games. I mentioned Maze Rats further up; its not derived from D&D at all, but its still fueled by the sort of free form game play, player skill, and off the cuff rulings I've experienced through running the aptly named retroclones. If Maze Rats isn't OSR, then its at least OSR adjacent.

In a similar sense, after reading through the rules of KoB, I think it can be easily hacked to run dungeons (and isn't hack-ability another standard of the OSR scene?)

I had the misconception for some reason that KoB was the type of game that told cute little stories where everything in the end boiled down to sunshine and rainbows. Death as a mechanic never even occurred to me as something that would come packaged within. I was not only wrong, but clearly wrong as fuck. And stupid. Considering the shows it emulates, KoB doesn't shy away from PC death at all. Combat encounters can be down right brutal. A goal is set like in other TTRPGs and the player rolls against it. The difference between the goal and the roll is the degree of success or failure, and very shitty failures can mean the end in life or death situations.

I love lethality in my games. Not because I want to my players to die over and over again, but the exact opposite. I want my players to do their absolute best to not die. I want them to exercise their brains and pop out ideas that can negate rolling entirely. I've been surprised and amazed at how great some of the players I have are at coming with solutions to seemingly impossible circumstances, all at the drop of a hat. So if they can think their way around an obstacle in Maze Rats or LotFP, why not in KoB?

Creating character in KoB is as simple as assigning die to particular stats, which are rolled against the challenge goal of a particular task. I don't want to get into specifics because you should honestly buy the book; its great and affordable. But from what I've read, I don't see how the stats can't be used to cover the same sort of challenges you might come across in a dungeon. There are some stats that could be potentially used as dumps, but that also depends on the type of game you are running. If you were running a more story based game a la Burning Wheel, (which is technically the type of game KoB is supposed to be used for in the first place), those stats are still perfectly usable.

KoB has rules for playing as children, teens or adults, easily convertible, lets say, to the Tolkien races of elf, dwarf, and halfling. You could probably come up with more for other races or what have you if you sat and worked it out.

One of my favorite things about KoB is the collaboratively controlled Powered Character. Eleven from Stranger Things. Sloth from the Goonies. You work out the specifics of the character and the players control this character as a unit. So your magic user or cleric, or psion even. There's nothing stopping you from using the powers in the book for one individually ran character, but I'm taken by the idea of the players running the powered character RAW, personally.

I feel like I'm rambling, so I'm gonna wrap this up. What I think I'm gonna do is use the KoB rules to run my guys through something, and see how it goes. I'll report back.
Posted by Black Pudding Brewhouse at 11:00 AM No comments: